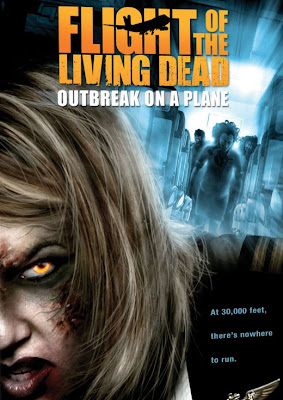 During a transatlanic flight, a corpse emerges from the cargo hold and lays waste to the passengers, turning them into zombies. A handful of travelers try to stop the ghoulish horde, but how do you fight the undead at 30,000 feet above the ocean? The living passengers get wildly creative in this wickedly funny, fabulously bloody gore fest.

This one started off pretty slow. Apparently, the people involved in making this movie thought that people who watch zombie movies enjoy a lot of background stories and pointless plot build up. Fortunately, once the zombie attacks start, they don’t stop until the movie is over. I could not believe all the gory zombie action they crammed into that plane and movie. The acting is alright and the storyline is less than ok, but it still made an entertaining movie. This will not go down as one of the great zombie movies, but it is at least as good as Snakes on a Plane. Worth watching once.